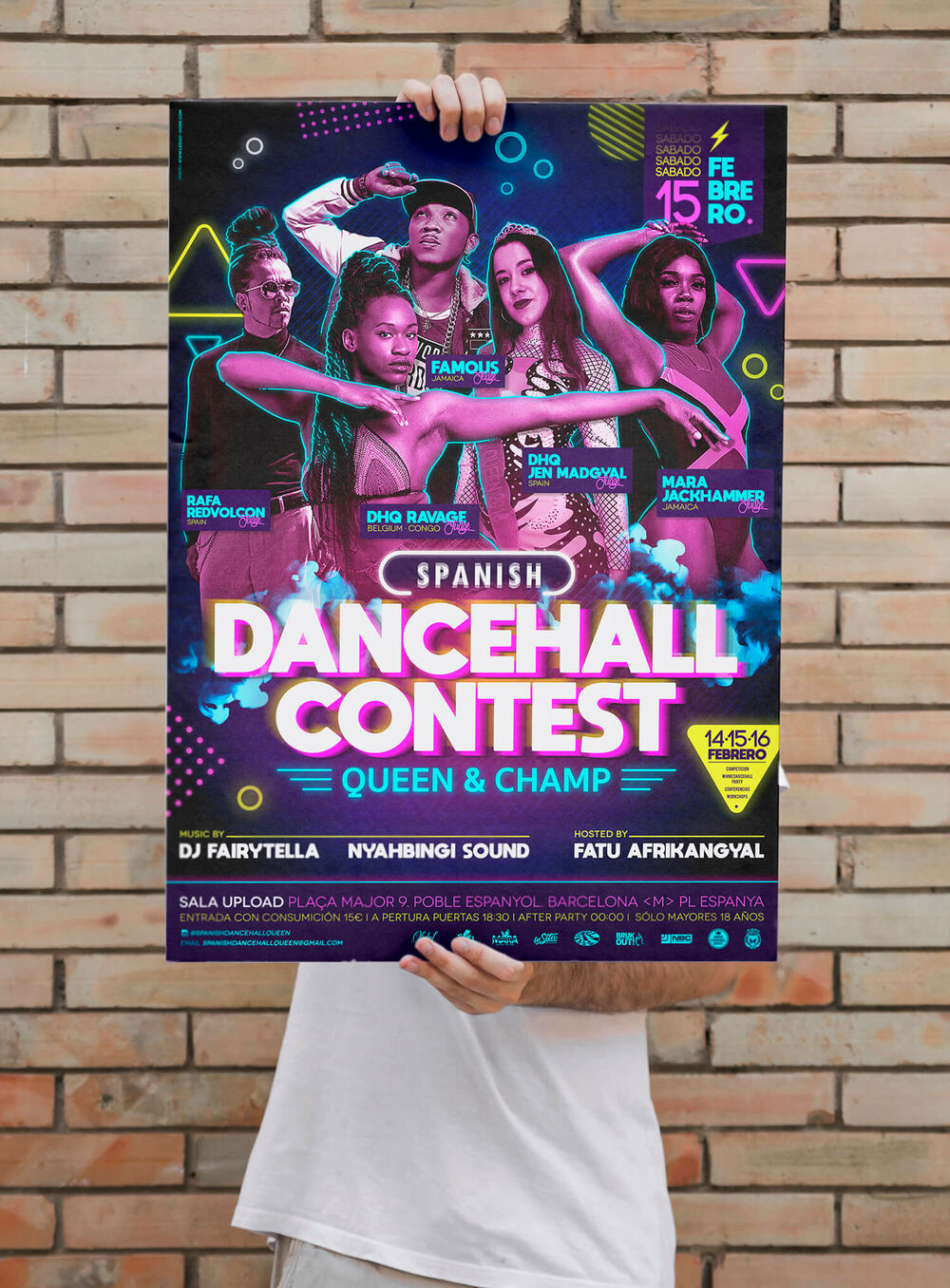 The artwork included the main poster, a previous online flyer and the trophy design for the venue. 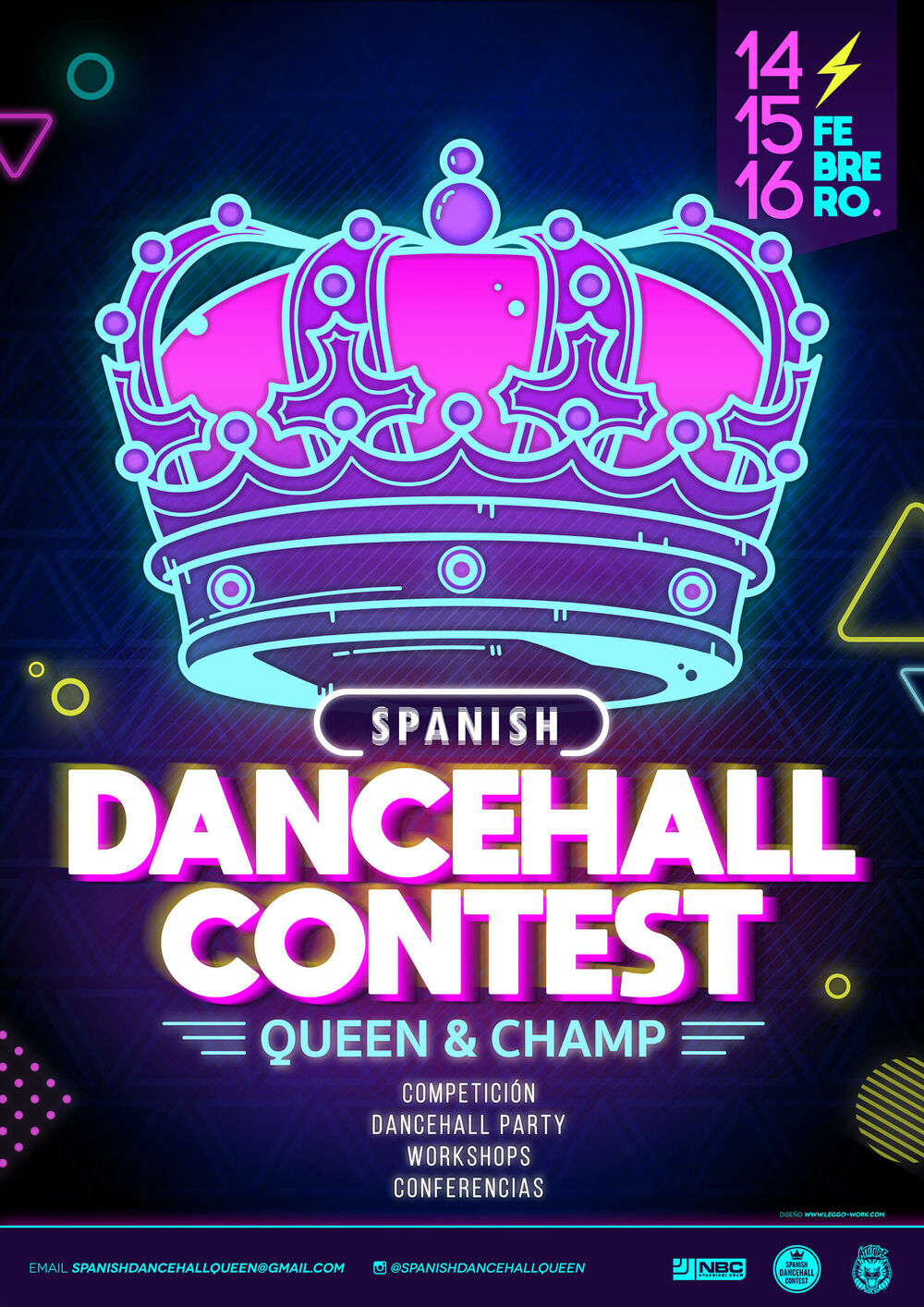 Although Jamaica is internationally known for its excellent musical contribution for many years now the small Caribbean island has also popularized its peculiar forms of dance throughout the world, a cultural movement that has its maximum splendor in dancehall contests, some dance competitions that can be seen not only in Jamaica, but already in different parts of the planet.

Spain has been no less, and in recent years this popular movement has had exponential growth: schools, dance crews, competitions and above all a large number of people who have become hooked on dancing and learning dancehall culture. In February 2020 a new edition of the Spanish Dancehall Contest took place in Barcelona, the most important national event dedicated to dancehall queens, dancers and all lovers of dancehall culture.

In addition to the classic Dancehall Queen Contest dedicated to women, the Dancehall Champ Contest was held for the first time, a mixed competition so boys can also have the prominence they deserve in dance.

"She’s a dancehall queen for life, gonna explode like dynamite …  are the familiar lyrics of the 1997 Beenie Man and Chevelle Franklyn collaboration Dancehall Queen, inspired by females untrammelled by conventional stereotypes of society – bold in behaviour and dress – performing scandalous dance moves to earn the title queen of the dancehall."

Read the full article from The Gleaner