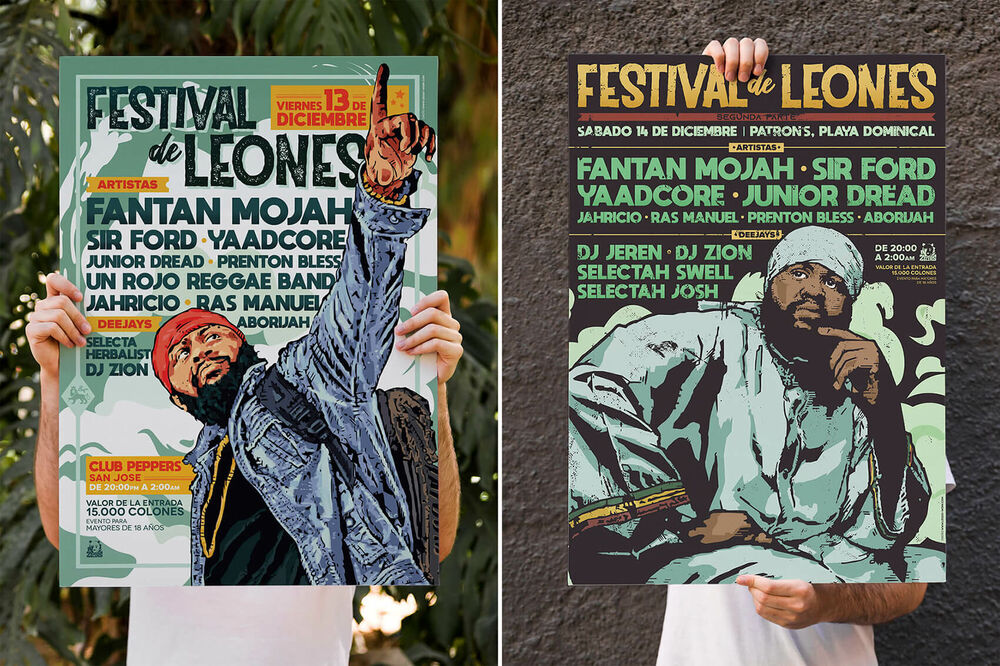 One of the biggest Costa Rica´s Reggae festivals took place in two consecutive dates and different venues at the end of 2019. For the occasion I designed the poster artwork for each venue along with a portrait serie of the main artist who performed at the festival.

The Festival de Leones line-up features artist like the Jamaicans Fantan Mojah, Sir Ford and Yaadcore as well as a large number of artist from Latin America like the Brazilian Junior Dread or the Costa Rican Jahricio, Ras Manuel or Un Rojo Reggae Band to name a few. 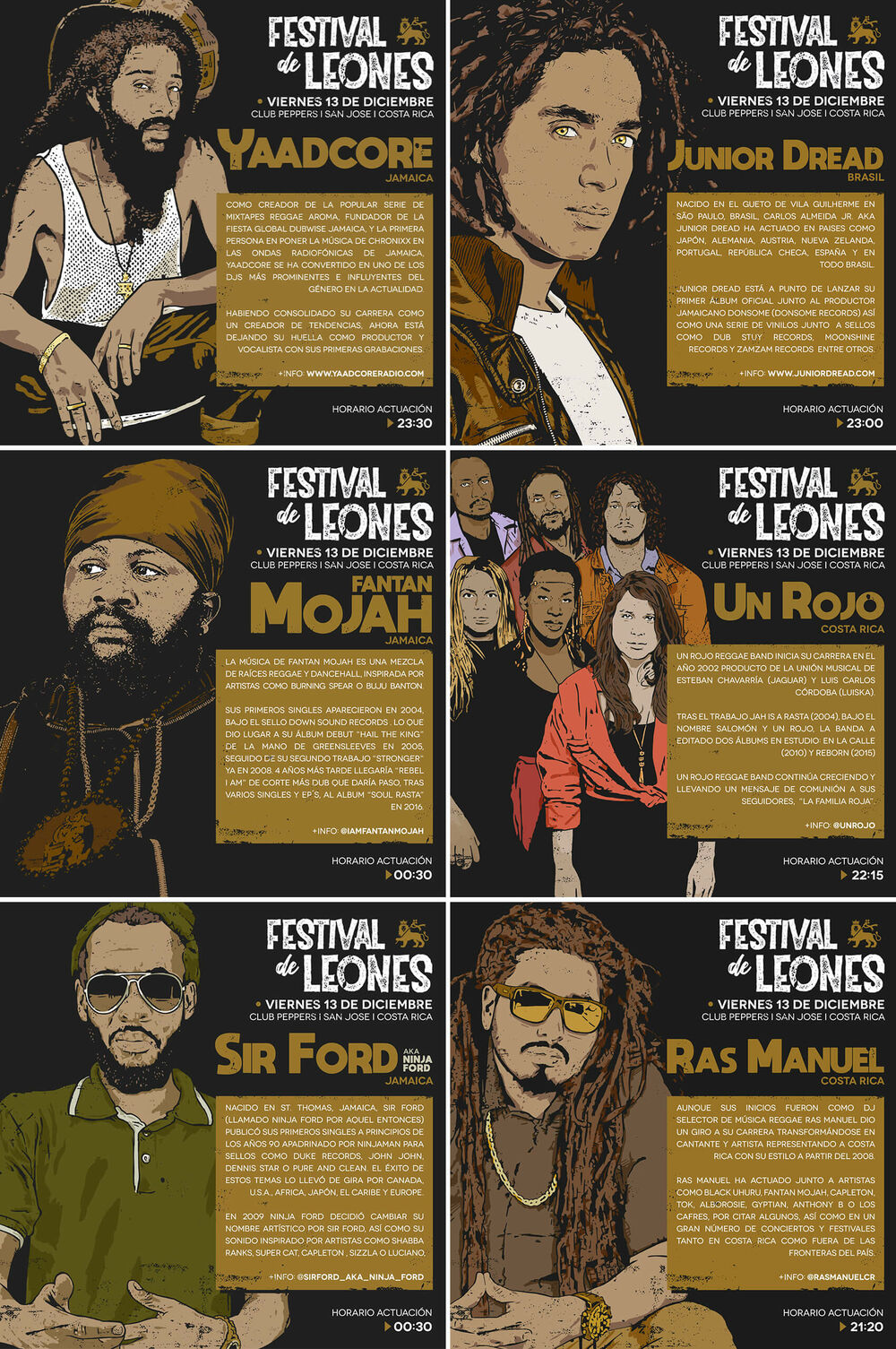 It was a pleasure to been involved in another event again with Yaadcore on the line-up. As a founder of the global party Dubwise Jamaica, creator of the popular Reggae Aroma mixtape series and the first person to play leading lights Chronixx and Protoje over the Jamaican airwaves, Yaadcore is one of the most prominent and influential DJs working in Reggae today. Having cemented his place as one of the genre’s pivotal tastemakers, this year marks a new direction for Yaadcore as he gets set to issue his first original recordings. 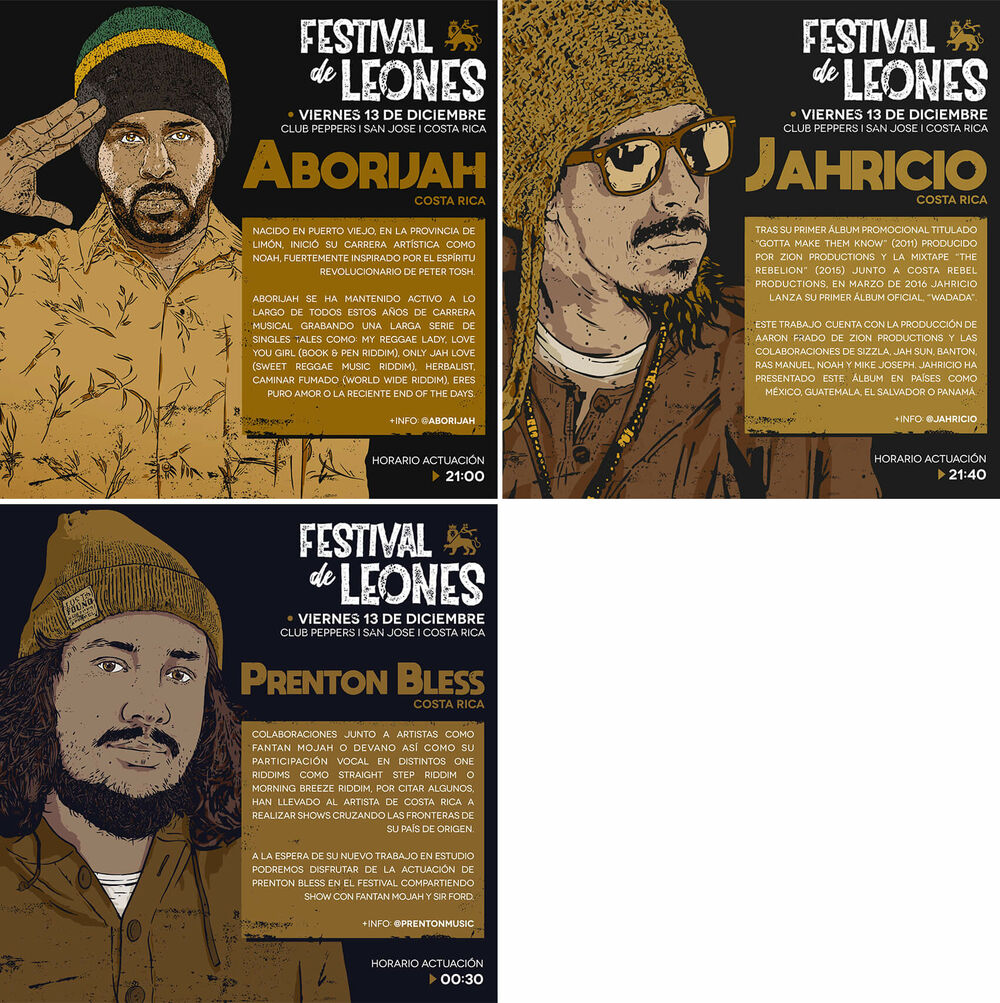 Previous ANDANA
Next TOES TO BAR